Are Proposed 401(k) Contribution Limits Based on Account Balance Amounts Reasonable? (or, How Did Mitt Romney Get All That IRA Money?) 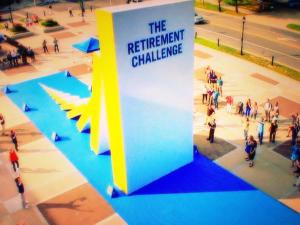 I read this Reuters article concerning talk of capping the point where you can contribute pre-tax dollars to an IRA or 401(k) if the account value hits certain balances, which also re-raised the 2012 election issue of how Mitt Romney could possibly accumulate as much as $101 million in his Individual Retirement Arrangement (IRA) account.

I remember reading about Mitt’s IRA and the questions of how an account can grow that much with an annual IRA contribution limit capped at $5,000 a year or so.  Individuals who have some financial education know that 401(k) accounts have much higher contribution limits (at least triple that), and a 401(k) rollover to an IRA can easily result in an IRA with a balance many times that of a simple $5k-per-year calculation.  If you are self-employed and manage a SEP-IRA you could have contributed $52,000 last year.  The “$5k per year” number is only one (and the lowest) of the various annual contributions you may be able to make depending on your employment circumstance. 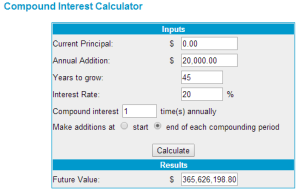 After President Obama’s 2015 State of the Union Address, business news was abuzz concerning proposals to cap contributions to IRA and 401(k) accounts when a retiree’s balance hits a certain dollar amount.  The caps may seem high to someone who isn’t a heavy retirement investor ($2.5 million to $3.5 million, depending on interest rates), but to a super-saver this may seem a bit low.

The first linked Reuters article above states “The argument here is that IRAs were never meant for such large accumulations”.  That may have been true when the IRS formalized 401(k) rules in 1981, but the retirement picture is much different today.  Retirement pensions were common in 1981, so millions of dollars of tax-advantaged growth, on top of a pension that paid a reasonable percentage of your pre-retirement salary, may have been more than the average American needed.  But what about in 2015?  Pensions for most younger public- and private-sector employees are a historical curiosity, so workers need to accumulate large amounts of money to last many years.  $3.5 million may sound like a lot, but if you are making $100k at retirement and want to fund a 20-year sunset, it will take at least that much when you factor in inflation over those twenty years plus the health costs of keeping you alive and healthy during that time.  And instead of market returns you’ll probably get more conservative after your cushion of earned income during rough market years goes away.  Plus you still owe income taxes as you withdraw that money.

The GAO reported that high-balance IRAs got that way “likely by investing in assets unavailable to most investors – initially valued very low and offering disproportionately high potential investment returns if successful.”  We know the range where the cap is being discussed, and we know that general market index funds are hardly limited to most investors.  In my view it just didn’t seem crazy for serious retirement savers to end up with what the GAO calls “mega IRAs” after 35-45 years using common investment vehicles.

So I wanted to settle the question for myself… if you took a 23-year-old worker that socked away the maximum pre-tax amount they could legally contribute at the birth of 401(k) accounts in 1981, maintained legal maximums through 2014, applied various company matching scenarios, and assumed every dollar contributed was put in an S&P 500 index fund with reinvestment, what would the now-56-year-old’s 401(k) account look like?  It turns out it looks like this: 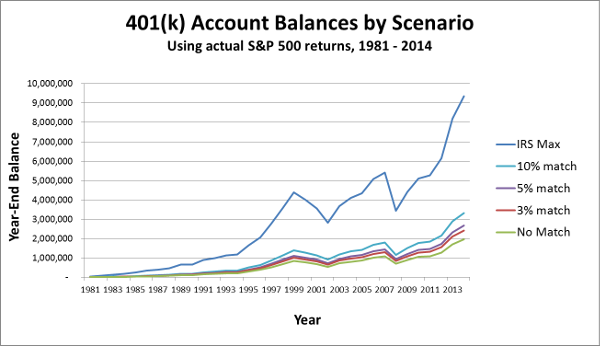 In my employment experience, a 3% annual salary match contribution from your employer to your 401(k) account (assuming you contribute at least 6% of your salary) is typical.  “IRS Max” in my chart above is the IRS maximum for how much per year can go in from all sources to a defined contribution plan.  That line assumed you contributed the max to a SEP-IRA (or had a real generous employer), an unlikely scenario for a 23-year-old but I wanted to see the range of possibilities.

We see that a normal (non-Mitt) worker that contributed the maximum pre-tax amount, with a 3% employer match, would have $2.4 million for retirement today (probably $80,000 a year or so after taxes in retirement to make it last).  Workers getting a generous 10% employer match would have $3.3 million today.  This range falls in line with 401(k) and IRA balance account contribution caps being discussed, so perhaps some policymaker ran the same back-tested scenarios that I did.  But then again the above shows the results for a now-56-year-old worker.  Getting that worker to 65 at normal market returns would probably double the above numbers come 2024.

Now how could Mitt Romney have possibly gotten to $100 million?  My above scenarios assume a 100%-passive investor, not buying and selling various things over time but just buying with plain dollar-cost-averaging into a market index fund.  If you had (or were) an investment manager with a crystal ball telling you to go to cash in 2007 you wouldn’t have taken the 2008 37% S&P 500 hit, or perhaps the 2002 22% hit.  And maybe you bought back in near the bottoms of those markets.  And perhaps  you beat the S&P a little bit the rest of those years.  Just zeroing out the 2008 and 2002 losses would have the above “IRS Max” line at $18 million, but that is still a far cry from $100 million.  So the answer would be, assuming all is legal, “a lot of risk, and even more luck”.

Mitt’s IRA balance is high, but the cap ranges seem low with normal expected performance for a 65-year-old saver.  I’d like to see those discussed caps tripled to encourage retirement investing.  The caps are supposedly driven by “current interest rates”, but 401(k)’s should be evaluated by something more like S&P 500 performance, where much of that money is typically invested, and not interest rates (2.6% to 3.0% on 10-year Treasury yields in 2014, vs 13.69% S&P 500 performance).  Indexing to inflation or interest rates don’t necessarily relate to the conditions those accounts are actually tied to.  Workers have to pay taxes upon withdrawal anyway, unless these were Roth variants where the worker contributed after-tax money.

I don’t like putting forth good advice to encourage saving but then tell workers they have to stop if they realize the benefits of what they are told is the right thing to do over a multi-decade time span.  The currently-proposed cap levels don’t even discourage outsized risk in one’s retirement portfolio if a vanilla market index fund will get you there.  It could have the opposite effect, encouraging short-sighted portfolio conservatism in order to preserve some tax exemptions, forcing workers to work longer than they may want to or force lifestyle changes if health or other reasons present challenges to working as long as they need to.

Reuters “Only Small Victories for Retirement in Obama’s Speech”

Reuters “How Did Romney’s IRA Grow So Big?”

AllFinancialMatters “The ‘Luck Factor’ in Investing”